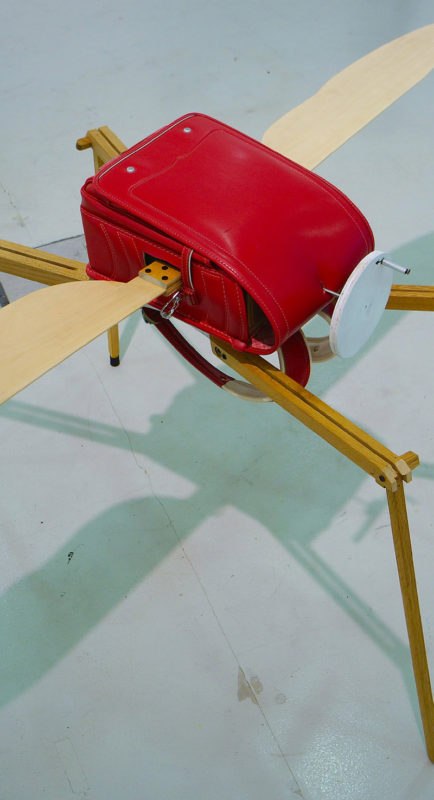 David Chan (b. 1979, Singapore), a full-time artist graduated from Royal Melbourne Institute of Technology with a Bachelor of Arts (Fine Art, First Class Honours). In 2004, he held his first solo exhibition, Genetic Wonderland, to much critical and public acclaim and was also winner of the 23rd UOB Painting of the Year, Representational Medium Category Award. Showcasing his mastery of classical fine painting and sculpting techniques matched with a thoughtful palette juxtaposing warm and cool colours, each art piece highlights David’s uncanny talent for conveying depth through creating layers and textures. Working with oil on linen, he paints in a realistic style and often uses subjects such as animals, humans, and hybrids. At first glance, the works seem comical and bewildering, but upon closer observation, the initial impression gives way to the artist’s reality and his take on social issues, such as popular culture and ethical dilemmas, as well as human behaviour in our current times. In more recent exhibitions David has further expanded his artistic vocabulary by including sculptures. The lifelike 3-dimensional works further explore his concepts and ideas creating an even closer bridge between the viewer and the artwork. David has held five solo exhibitions in Singapore and two overseas. He has also exhibited in a number of countries including China, USA, Taiwan, Indonesia, Korea, and Malaysia. In 2011, his work was selected for Future Pass, a collateral event of the 54th Venice Biennale at the Fondazione Claudio Buziol, and in 2012, it travelled to the Wereldmuseum Rotterdam in the Netherlands. In addition to painting and sculpting, David lectures at the National Institute of Education, the School of Art Design and Media at the National Technological University, and part-time at LASALLE College of the Arts.