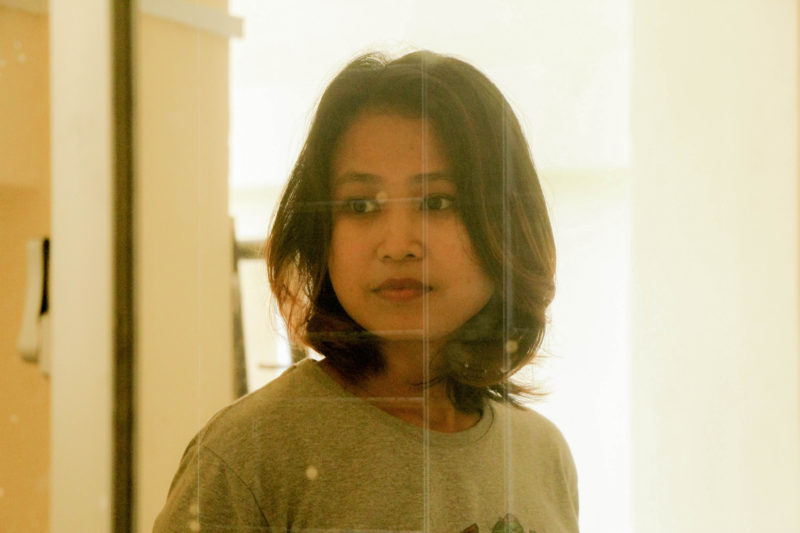 Born and raised in Myanmar, Khin Thethtar Latt aka Nora is a multimedia artist, started her art career in 2009 studying in New Zero Art Space. Currently based in Yangon, she had numerous group exhibition not only locally but also internationally such as UK, French, Hong Kong, Singapore, India and Malaysia.

Nora’s practice changes constantly. In the early time I started with painting and performing using narrative story telling style. Mostly it was self discover and reflection. It was a channel to express herself. She is so curious about life. Then she experimented with different mediums by self taught like photo art, video art and experimental. When Nora started as a documentary filmmaker, she met different people in different societies like LGBT, street children and youth groups. By working with them, making films about them, they made her changed. She got another perspective to see the life. She can extend her knowledge for her journey. That experience encourage her to be interested about social and political situations in deeper way. What kind of sense and energy that she would like to distribute to the society is big part of her creativity.