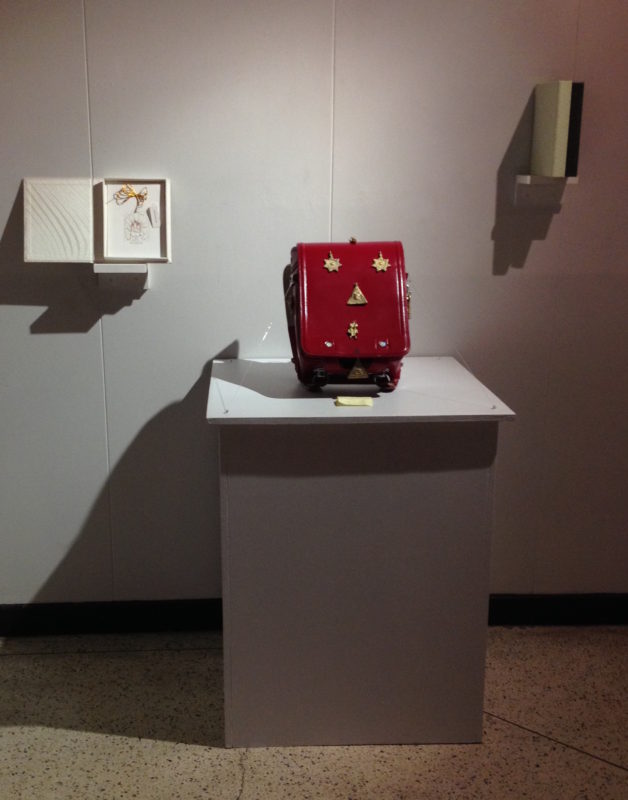 Noell EL Farol is a sculptor who works with various materials. He is also a printmaker, illustrator, and paper maker. He has Bachelor of Fine Arts degree from the Philippine Women’s University College of Music and Fine Arts. He also studied at Shizuoka University Graduate School of Education and has a diploma in archaeology from the University of the Philippines. He has participated in local and international art exhibitions since 1979. His first solo show was held in Japan after his graduation in 1991. His glassworks were reviewed in World Sculpture News in 2004 and in Craft Arts International magazine in 2000. In 2001 and 2005, he represented the Philippines in the Ceramic and Glass Art Festival at the Aichi Prefecture, Japan. In 2006, he was invited to talk about art and globalization at the Asia Pacific Forum sponsored by Shizuoka Prefectural Government, Japan. Noell’s outdoor stone sculptures can be found in Russia, Korea, Dubai, China, and Vietnam. He has held collaborative art exhibitions with contemporary artists from Japan and Sweden in Manila in 1994 and 2004, respectively. Among numerous awards of excellence, he was recipient of the 1994 Diwa ng Sining Award conferred by the National Commission for Culture and the Arts. He was also the recipient of the 2009 Metrobank Art and Design Excellence Award (MADE) for Achievement in Sculpture. Noell is currently the president of the Metrobank Art and Design Excellence-Network of Winners, or MADE-NOW, established in 2008, and the Philippine Association of Printmakers. He also advocates the inclusion of glass as a medium for sculpture in the fine arts program. He teaches at the Philippine Women’s University and at the School of Design and Arts in De La Salle.