Forward by Daisuke Takeya, co- founder/ curator of the project

Field Trip Project Asia is an open art initiative designed to freely share and exchange creative ideas and to form physical networks across diverse communities, intervening with social issues related/ but not limited to environmental and natural disasters that have taken place in recent years in Asia. The participating artists created works installed within used Japanese elementary school backpacks that were originally sent as relief supplies for the Great East Japan Earthquake of 2011.

When the Great East Japan Earthquake devastated Tohoku, Northeastern Japan in March 2011, there was a movement of relief efforts from all over the world. After this out pouring of effort the process of long-term recovery had begun and many non-profit organizations and individuals physically went to the affected areas and established relief projects. A number of complicated problems arose in the process; depopulated shuttered shopping streets while in a single franchised mall for the whole region there was overpopulation, social withdrawal, higher suicide rates, autism and other disabled persons in temporary housings, to name a few of the most glaring issues. However the international attention and support slowly started weathering into decline much faster than the recovery constructions and healing process. I also spent months there conducting trauma release art workshops at the coastal areas and met with Chie Kajiwara, an active and passionate local art teacher from Onagawa, one of the towns most affected by the disaster. A year after at the end of March in 2012, large amounts of relief supplies were still filling up local school gymnasiums as surplus and were soon to be discarded. That exposed the difficulty of balancing support from outside with actual local needs. It seemed to me that two-way communication was an absolute necessity. Chie and I saved used Japanese elementary school backpacks from the excess surplus. There is a custom of using a uniformed backpack for the entire six elementary school years in Japan. The backpack is a metaphor for affection, learning and childhood memories; everyone in Japan has experience wearing it. We commissioned Canadian artists and then Japanese artists to transform the backpacks into artworks, and traveled with them back to the affected areas in order to bridge communities through a therapeutic art experience while preserving the connection to the original relief effort. This was the origin of the Field Trip Project.

The first exhibition at the Onagawa temporary housing was curated by affected local children. The children probably did not take it as an art exhibit, however, they interacted freely with big smiles on their faces. During the two weeks period, the exhibit slowly became the children’s temporary playground, which they had lost completely by tsunami. It also became a meeting place for residents of all age groups to come out from their small rooms divided by thin walls from their new neighbors. The residents interacted with the artworks without knowing what they were at all, however this whimsical experience functioned as everyone’s commonplace. They were all desperate for a colorful space to release their emotions as their frustration was peaking. The project has since traveled to about twenty destinations in Japan. Instead of having serious in depth conversations about the disaster, we shared unique local issues at each destination. Wearing the artworks gave people a chance to share memories and we had rather light and possibly sustainable introductory dialogues about environmental and natural disasters.

It is exciting that Field Trip Project Asia is now traveling across Asia. Perhaps the attitude towards natural disasters is different at each nation. However I believe that there is something we can share and talk about. The ultimate purpose of this project is to create awareness and provoke dialogue about various aspects of natural disasters, environments and beyond, and how they could be used to connect people and create communities through compassion and art. Social media and the fast world of digital communication are making the world a smaller place where what happens thousands of miles away affects us all in different ways, and I believe it is crucial yet challenging to foster these physical engagements.

Are you prepared for such a field trip? Bon Voyage!

Participating artists from Canada since Summer 2012

Participating artists from Japan since Summer 2013

Daisuke Takeya is a Toronto-Tokyo based interdisciplinary artist, sometimes curator, collector, art educator and community advocator whose praxis is comprised of the exploration of nature and plausibility in contemporary society, and hinges on all kinds of double meanings. He has participated in numerous solo and group exhibitions in Toronto, including Museum of Contemporary Art, the Japan Foundation, Toronto, Scotia Bank Nuit Blanche as well as SVA Gallery and Wagner College Gallery in New York city, Crossing Border | Border Crossing and Oil Street Art Space in Hong Kong, and Chongqing Changjiang Museum of Contemporary Art in China. Daisuke has been widely exhibited in Japan, including Fukushima Contemporary Art Biennial, Sezon Art Program, Roppongi Art Night, and Prince Takamado Gallery at the Embassy of Canada. He is the curator of Field Trip Project/ Field Trip Project Asia, POWER TO THE PEOPLE, Fukushima NO ALICE, and DAICHI Projects. 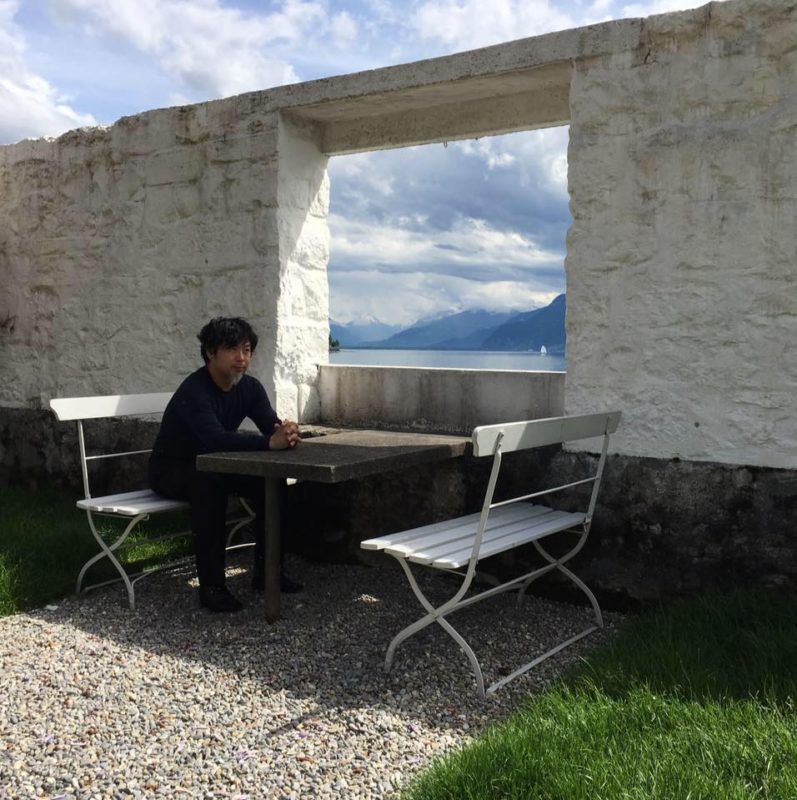