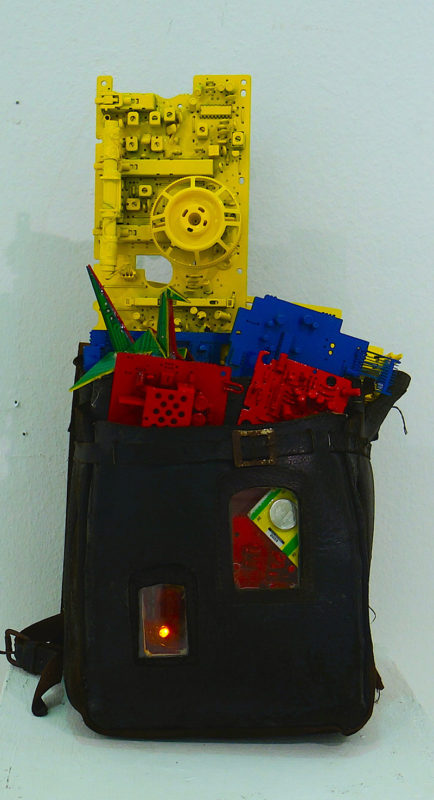 Ryf Zaini (b. 1980, Singapore) is a visual artist based in Singapore. He is interested in the role of technology and how it has shaped society. Through his works, he hopes that viewers will better understand the role of society for technology. Ryf has exhibited several installation works that include user interaction. Engagement of the public is an essential role in his body of work. Notable commissions include URA for the I-Light 2012 and 2014 at Marina Bay, Singapore Science Centre residency program in 2011, and Busan Sea Art Festival in 2011. Ryf was also selected for a residency with Chan Hampe Galleries and METRO ARTS (Australia) in December 2012. He was also one of the finalists of the prestigious President’s Young Talents 2013. More recently, an exhibition in Bermondsey, London, featured his new works alongside British artists. In 2014, he was part of the Young Artist Programme to exhibit a series of new works for the Affordable Art Fair. In 2015, he created an interactive installation for the Art Garden in Lille, France, as part of a France-Singapore cultural exchange. Ryf hopes that his role in the arts can bridge the understanding of how technology functions within a society. Who runs it? Are we too reliant on it, or does it rely on us to exist? Art is the ideal form of expression, a constant form of self-reflection, which we often overlook.