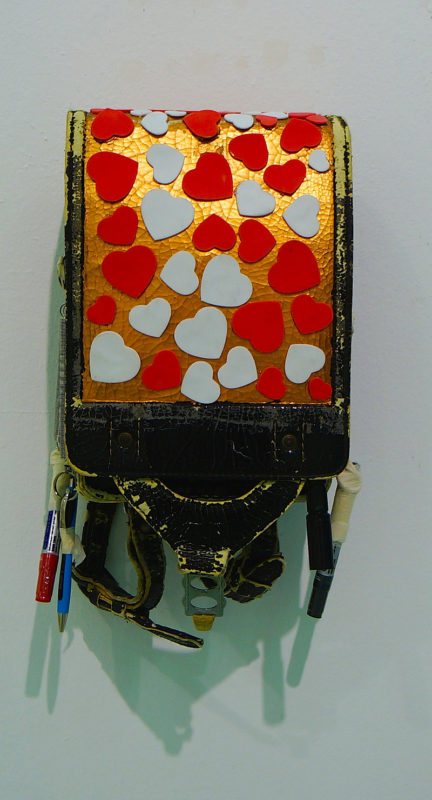 Ahmad Abu Bakar (b. 1963, Malaysia) graduated from LASALLE College of the Arts with a Diploma in Fine Arts (Ceramics) in 1989 and received his Bachelor of Fine Art (Sculpture) from the University of Tasmania (Australia) in 1995. Upon his return to Singapore in 1996, Ahmad joined LASALLE College of the Arts as a full-time lecturer, where he taught ceramics and 3D studies. He also pursued a Master of Fine Arts with RMIT / LASALLE during his teaching period in the college. Ahmad left LASALLE to focus on his art practice in 2008. He has participated in numerous group exhibitions in Singapore, Malaysia, China, Thailand, the Philippines, Korea, Australia, and Indonesia. In 2007 he took part in the International Contemporary Ceramics Exhibition: Asian Ceramics Network and Selsius, held at the National Art Gallery, Malaysia. In 2009 he was invited to participate in the first Jakarta Contemporary Ceramics Biennale. He was also invited to the inaugural exhibition of the Singapore Art Museum’s contemporary art wing, 8Q. At Jendela Visual Arts Space, Ahmad co-curated, in 2004, Tok Selampit Millenniumin, a showcase of Singaporean-Malay artists, and in 2007 Mapped, a group show featuring contemporary ceramicists from Singapore, Indonesia, Malaysia, and Vietnam. Again at Jendela, he held his first solo exhibition, Ini Tanah Aku Punya, in 2012. In 2013, Ahmad participated in the Singapore Biennale 2013 and in Budi Daya at the Malay Heritage Centre. In 2015, he took part in Secret Archipelago at Palais De Tokyo in Paris. Since 2009, Ahmad has dedicated his time to working as an art instructor at Singapore Changi Prison, where he mentors the inmates in an arts programme (3D studies). Currently he is an adjunct lecturer at the Nanyang Polytechnic and the National Institute of Education.