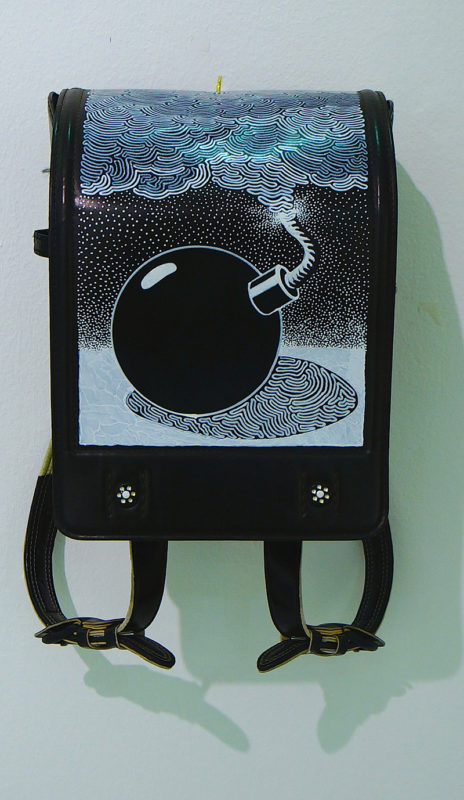 Joshua Yang (b. 1974, Malaysia) moved to Singapore in 1994 and worked as a civil engineer in Tuas. In 2003, while pursuing a bachelor’s degree in Fine Art at the Nanyang Academy of Fine Arts, he founded the art collective vertical submarine, which has been active on the local and international art scene. In 2005, he won first prize in the UOB Painting of the Year for the Abstract category. Other awards include the coveted Credit Suisse Artist Residency Award 2009, The President’s Young Talents Award 2009, and the Singapore Art Show Judges’ Choice 2005. His drawings began to receive attention when he completed a forty-eight hour drawing marathon in 2007. His works, which are predominantly site-specific, time-based drawings employing a single-continuous line have been featured in local and regional biennales, including the Singapore Biennale 2008 and the Dojima River Biennale 2009 (Osaka). He has received commissions from public institutions as well as private collectors for his work. These include the Bishop’s quarters in Malaysia, Marymount MRT station in Singapore, and the Dojima Performing Arts Theatre in Japan. A firm believer in education, he taught at the NUS High School of Mathematics and Science and has been lecturing at Nanyang Academy of Fine Arts since 2009. He lives and works in Singapore. He has completed projects in Spain, Taiwan, Hong Kong, Korea, the Philippines, Mexico, Australia and Germany.