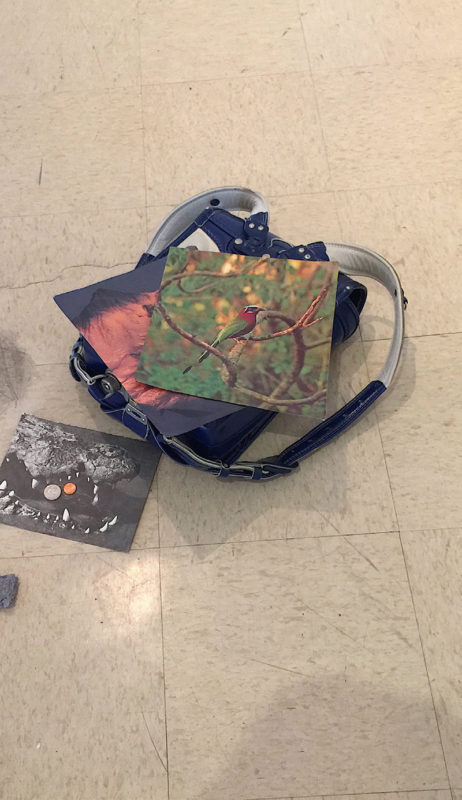 Mark Salvatus, also known as Boy Agimat, lives and works between Manila and Osaka. Mark’s works deal with familiar objects, chance encounters, and everyday politics that cross various media from drawings, installations, photography, video, illustrations, graphic design, and street art to interactive and participatory projects. He is heavily influenced by the urban landscape, Internet, advertising, and popular beliefs and culture creating his own narratives, interpretations, and visual language. He graduated from the University of Santo Tomas College of Fine Arts and Design with a degree in Advertising Arts. His works have been exhibited in different museums and galleries in the Philippines and abroad. He has participated in international biennales and triennials in Singapore, Guangzhou, Jakarta, and Honolulu. He was a recipient of the 2012 Cultural Center of the Philippines 13 Artists Award, the 2010 Ateneo Art Award, and the 2013 Sovereign-Schoeni Asian Art Prize in Hong Kong. He co-founded Pilipinas Street Plan (PSP), a community of street artists in Manila. He is one of the co-founders of 98B COLLABoratory, a multidisciplinary site for creative sharing, discussion, and collaboration. His solo exhibitions include C_rafts at the Vargas Museum in Manila, curated by Patrick D. Flores (2011) and Territories at the Ateneo Art Gallery (2012). He has also exhibited in contemporary art galleries abroad, including La Trobe University Visual Art Center, Victoria, Australia and National Art Studio in Goyang, South Korea. Group exhibitions include the third Singapore Biennale of 2011, the fourth Guangzhou Triennial of 2011, the 2011 Koganecho Bazaar, in Yokohama, the fourteenth Jakarta Biennale in 2011 and the 2010 Next Wave Festival in Melbourne.