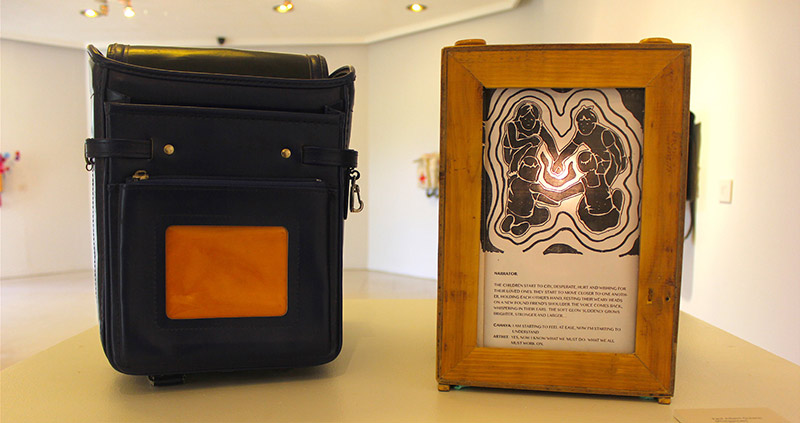 Paul Albert R. Quiaño was born in Baguio City, Philippines on August 24, 1969. His ancestry is a mix of Ibaloi – Sablan , Benguet Province and Ilocano – Provinces of Pangasinan and Ilocos Sur. At the age of 5, he started drawing objects, animals and figures he would copy from comic books. Playing with plasticine clay was his favored material for creating objects and scenarios, which led him to what he pursues now as a career. He finished his Bachelor of Fine Arts Degree, Major in Sculpture, at the College of Fine Arts at the University of the Philippines, Diliman, Quezon City. Other Group affiliations are with the UP Artists’ Circle Fraternity of the College of Fine Arts, the UPCFA Alumni Foundation Inc., and the Ub Ubbo Arts and Culture Exchange Project. Paul’s keen interest with the Human form and Figurative sculptures has given him the opportunity to produce sculpture works for private and public institutions. To name a few : the National Historical Institute of the Philippines, The National Teacher’s College of Manila, The Ateneo de Manila University, The Philippine Army Museum, the Pasig City Library and Learning Center, the Mind Museum Bonifacio Global City, the Office of the Governor Ilocos Norte and The University of the Philippines. Paul, as he would like to be called, has participated in numerous group exhibitions since 1994, some namely, “Philippine Sculptures” , Society of Philippine Sculptors (Hotel Nikko Manila Garden, 1994), “Philippine Sculptures” , Society of Philippine Sculptors (Green Belt Park, Ayala Makati, 1998), “ The Human Form – Traditional and Contemporary Approaches ” (Boston Gallery, Cubao Quezon City 1999), “ 100 Years, 100 Nudes “ Centennial Celebration of the University of the Philippines (4 th Flr. Galeria Suites, Gateway Mall Araneta Center Cubao Quezon City, 2008), “ Melodies of Woven Light” Group Show (Sydney, Canberra and Parkes NSW Australia 2011), “In Circle” UP Artists’ Circle Fraternity (Pinto Art Gallery and Museum 2012), “ArtBeat” UP CFA Alumni Foundation Exhibition (Executive House UP Diliman 2012), “Banghamalana-Binnadang” Philippines-Australia Indigenous Art Exhibition (UP Asian Center 2012), “Full Circle” UP Artists’ Circle Fraternity (Canvass Gallery/UPCFA Gallery 2013), “ArtGifts” UPCFA Faculty Exhibition (UPCFA/Corredor Gallery 2016.). For the past years, he has been actively participating in the Annual Fund raising exhibitions of the UPCFAAFI, for the benefit of the UP College of Fines Arts and its Student Body. – “ArtBeat” 2 (Executive House, UP Diliman 2013 and 2014), “ArtFiesta” (Filinvest Country Club Alabang, Muntinlupa 2015), “ArtExpo@UPBGC” (UPBGC Taguig 2016). He is currently a member of the Board of Trustees of the UP College of Fine Arts Alumni Foundation Inc., Former President of the UP Artists Circle Fraternity Alumni Association and Faculty Member of the Department of Studio Arts, UP Diliman College of Fine Arts. At present, Paul Albert Quiano is a Creative and Business Partner of “ARTALYER”- an Art and Workshop Studio dedicated to teaching the Traditional Methods, Techniques and History of Classical Art making.