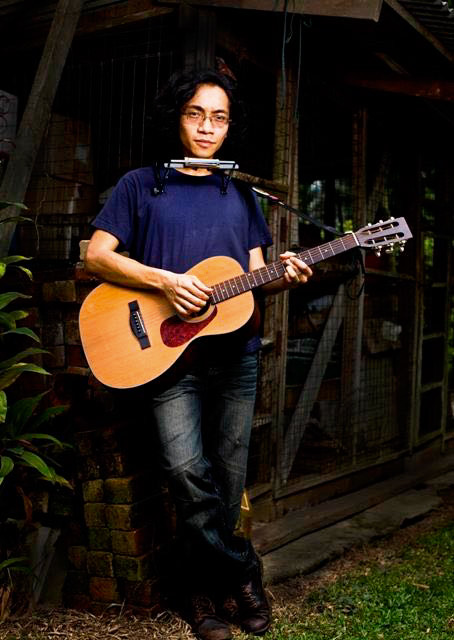 Azmyl Yunor is one of the most acclaimed and prolific bi-lingual Malaysian independent/underground artist of his generation who’s helped popularise singer-songwriter and modern folk genres in Malaysia. He is the only Malaysian musical artist other than P. Ramlee to have his life and work staged in a musical (2013’s ‘Something I Wrote’, directed by Mark Teh). As co-artistic director of Troubadours Enterprise along with fellow singersongwriters Jerome Kugan and Tan Sei Hon, he co-organized the annual Malaysian singer-songwriter showcase KL Sing Song from 2005 to 2009, which featured then-budding singer-songwriters like Yuna and Liyana Fizi. Since 1997, he has released nine solo albums and three EPs – including the Pedra Branca EP in 2014. His work and lyrical vision has cut across cultural and social boundaries, beyond race and religion. His latest album Was Was, a collaboration with Orkes Padu, was released on Malaysia Day eve 2015 at No Black Tie, one of the premier live music venues in the country.