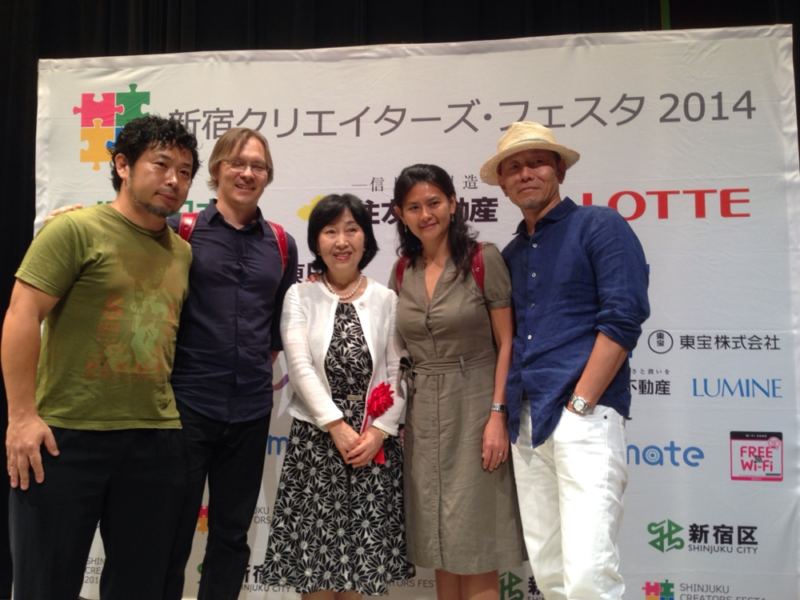 Introduction by the coordinator

There have been various natural disasters taking places around the globe. It seemed relevant to organize the very first preview exhibit and create attention to issues entering in Asia, of Field Trip Project Asia, in Shinjyuku, an international cosmopolitan city in Tokyo, as part of Shinjyuku Creators Festa. At the opening reception of the Festa, we organized a special talk session with Singapore based artists Vincent Twardzik Ching and Twardzik Ching Chor Leng, Emiko Kato (director of Art Autonomy Network: AAN), Noboru Tsubaki (artist/ professor at Kyoto University of Art and Design), the former mayor of Shinjyuku ward, Ms. Nakayama, and Daisuke Takeya (artist/ representative of Field Trip Project Asia), moderated by myself. The former mayor also carried some works from Field Trip Project Asia to kindly promote the success of the project. 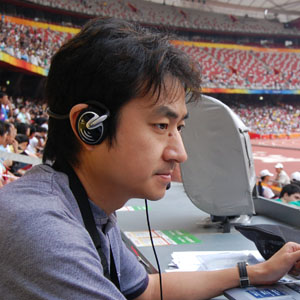 Tetsui Watanabe is a professor at Takarazuka University, School of Media Art in Tokyo, and has PhD in Science of art. While studying at university, he joined in a film production Ultraman Zearth 2, as a director of Ray-CG production team. In 1998, he participated as a moving images director in VISUAL+SOUND=SPACE1998 at Osaka Koseinenkin Hall where he experimented to collaborate with rock music and moving images. Besides creating moving image works, Tetsui has worked on numerous graphic design for music industry. In 2004, he was the producer of moving images for Shishinsouou (an ideal topography for the four Taoist gods, with a river in the east, a broad avenue in the west, a basin in the south, and a hill in the north) at Kodaiji temple in Kyoto, Japan. He has then extensively worked on production of musical spaces, and participated in various music events internationally. Tetsui has been researching and working of designs consisting of images as visual information, auditory information. He is the 2017 chair of enlightenment department of Shinjyuku ward’s citizen council for 2020 Tokyo Olympic and Paralympic games.

子連れアート鑑賞日記/ Art Review Diary with My Child (Japanese language only)